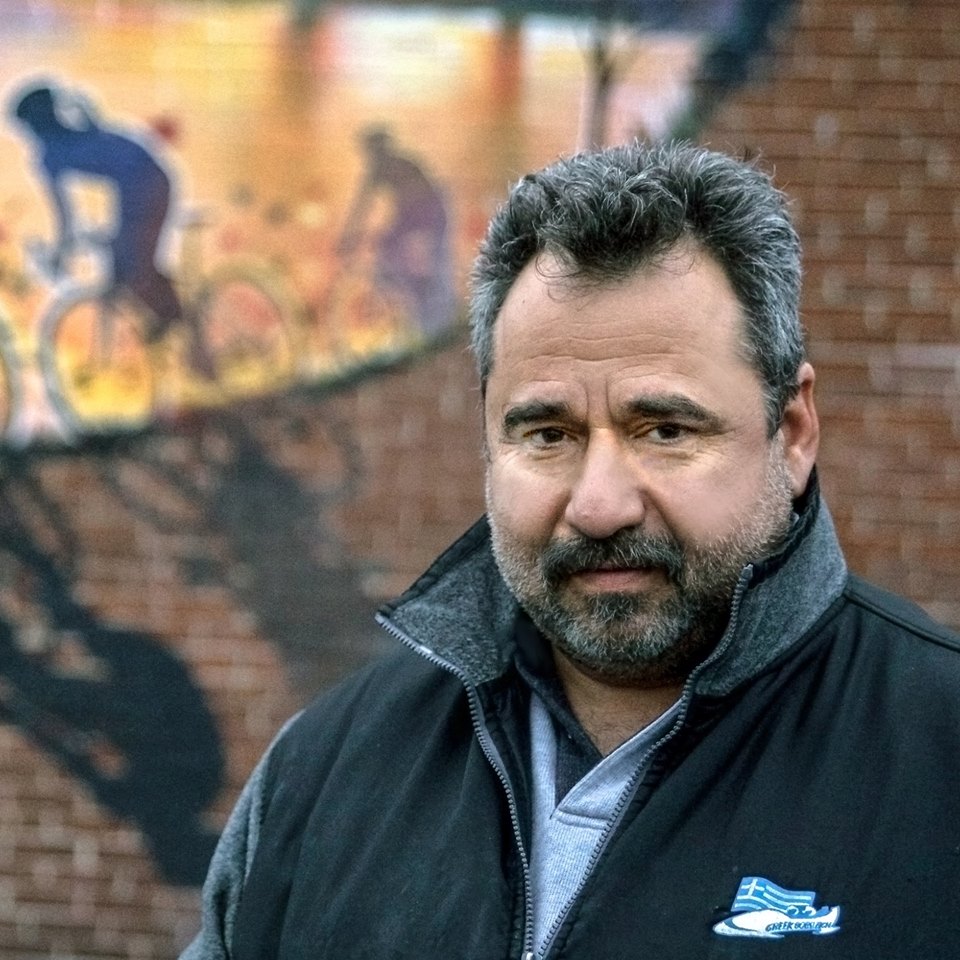 Euripides “Rip” Kastaris brings a unique vision to contemporary art. Catching the spirit of the past, he weaves threads from mythological and spiritual art forms into unique pieces that transcend the barriers of time and culture.

Born in Thesalonika, Greece in 1960, the youngest son of a Greek Orthodox priest, Kastaris and his family emigrated to the U.S. as part of his father’s mission. After graduating with a fine art degree from Washington University in St. Louis, the skills he learned of crafting posters, book jackets and national ads helped him create a style that escalated a demand for his work. But trips to Greece and research on historical art ultimately made advertising pale compared to the esthetics of the icons and mythic imagery he unearthed on his personal search.

Recently Rip’s artwork has taken shape through his involvement with the Olympic Games as well as becoming part of the Greek American dialogue. He is the commissioned artist of KYKLOS – Circle of Glory, an epic mural at Olympic Stadium in Athens and has also been asked to create artwork promoting the U.S. Olympic Equestrian athletes. Today Rip’s work can be found all over the world as art appreciators discover the unique and familiar vision he has developed. His work can also be viewed at petrafineart.com