The return of the biennial Hellenic Charity Ball, after an absence in 2021 due to COVID-19, will once again serve as a benefit event honoring highly renowned Greek and Greek-Americans from the arts and entertainment and sporting industries. Presented by Blue Diamond Sponsor, Theadora Vriheas/AT&T, the Hellenic Charity Ball will be held at San Francisco’s elegant and iconic Palace Hotel, 2 New Montgomery Street; Frosene Phillips and Elizabeth Grillos are the Ball Co-Directors.

Anticipated to be a sold-out event, this year’s Hellenic Charity Ball, the 13th since its inception in 1997, will be co-hosted by Hallmark Channel’s “Home & Family” television celebrity, journalist and author Debbie Matenopoulos, and prolific author, television (“Taxi”) and Broadway star, Marilu Henner. Both Matenopoulos and Henner are past HCB Honorees.

The evening will begin at 6 p.m. with a lavish cocktail and hors d’oeuvres reception followed by a sumptuous dinner at 7 p.m. and lively awards show with this year’s honorees. Live dinner music, both during and after, will surely stir everyone’s Greek soul and prompt some enthusiastic dancing. This year’s entertainment will feature Mediterranean Soul with Christos Sarantakis on bouzouki, and later “America’s Best Dance Band,” the unbeatable sounds of HIP SERVICE. Opa!

Special to the evening, celebrity auctioneer Liam Mayclem will take to the stage to tempt guests to express their financial support for the Elios Charitable Foundation’s notable grant recipients.

Elios Charitable Foundation President and Chair John Gumas commented, “On behalf of the Elios Charitable Foundation, it is my honor to announce the details of this year’s Hellenic Charity Ball, an evening that rallies and unifies Greek-Americans while reaffirming the essence of our being Greek, our philotimo. I’m proud we can celebrate our distinguished honorees and welcome back some of our many past honorees and very special guests from across the country. But of course, the evening is ultimately about raising financial support and awareness of our Hellenic beneficiaries. It is the support of these programs that truly informs our path forward as proud Greek-Americans and Philhellenes.”

ABOUT THE HONOREES AND CO-HOSTS

NANA MOUSKOURI, one of the world’s most celebrated, beloved and successful singers of our time, was born in Chania, Crete in 1934. A multi-lingual artist with over 200 albums of 1,600 songs in 21 languages, Mouskouri is the second biggest-selling female singers with over 300 million records sold. Her repertoire is one of the largest in the international music business, from Manos Hadjidakis, Leonard Cohen, Bob Dylan, Michel Legrand, and Joni Mitchell, to Francis Cabrel, Dolly Parton, Mark Knopfler, Bobby Scott, and of course, Quincy Jones. With her signature black-rimmed glasses, Mouskouri conquered the world with her beautiful and distinctive voice interpreting folk, pop, jazz, easy listening, and world music in over 10,000 shows. A global singing icon, Mouskouri’s interests in world social causes found expression in her appointment as a UNICEF Goodwill Ambassador and in the European Parliament. Nana Mouskouri is truly a living legend.

NICK SCOPAS, a native of Sunnyside Queens, New York in a predominately Greek neighborhood, Nick the Greek – as he became known, said “being Greek is all about faith, food and fellowship.” At an early age, he fell in love with roller derby, the fast-paced, full-contact sport played on quad roller skates on an elliptical track. The sport had captured the nation drawing capacity stadium crowds and TV audiences eager to watch these fast-moving fierce and passionate athletes. By age 16, Scopas was training professionally and made his official debut four years later in Charlotte, North Carolina. Known for his overwhelming speed, thorough understanding of the game and precision of how to skate and win, Scopas was soon in demand across the country playing with multiple teams including the famed New York Bombers, Midwest Pioneers, The Chiefs, Red Devils and Westerners. Acknowledged as an all-around skating dynamo, Scopas was in great demand as a coach, television host (“Roller Jam”), radio broadcasts leading to his induction into the National Roller Derby Hall of Fame.

EMANUEL KIRIAKOU is an award winning, multi-platinum record producer, songwriter, multi-instrumentalist and music executive. Over the last two decades, Kiriakou has established himself as one of the most prolific producers, songwriters, and instrumentalists of his generation, writing and producing records for a multitude of Top 40 artists including Whitney Houston, Celine Dion, Demi Lovato and Selena Gomez. Over the course of his career, Kiriakou has amassed multiple Billboard 100 charting singles and won various awards for his work as an instrumentalist and songwriter. Kiriakou credits his Greek musical foundation from a very early age as the basis to his long and prosperous career in music. At 14, Kiriakou joined his father’s Greek band, one of the most popular groups in the Western Pennsylvania and Eastern Ohio area. Between high school classes and working at his family’s diner, he played nightly with the band at churches, nightclubs and weddings. Today, Kiriakou resides in Los Angeles with his award-winning wife Aliki Theofilopoulos, a world-renowned film and television animation director and past HCB Honoree.

CHRISTOPHER ANDRÉ MARKS is a Greek-American film director, producer and screenwriter. His most recent film, King Otto, tells the remarkable story of the Greek National Soccer Team’s miracle triumph at the 2004 European Championship. The film recently opened to wide international critical acclaim and was released in over 75 countries making it one of the widest released Greek language films on record. A native of Los Gatos, California, his previous documentary work includes directing and producing the SXSW documentary, Tiger Hood, for ESPN Films’ Emmy Award Winning ’30 for 30′ series and working with HBO Sports on their Emmy and Peabody Award winning “24 / 7” series. He previously worked with HBO Documentaries, ESPN Films and HBO Sports.

DEBBIE MATENOPOULOS for over two decades, this five-time Emmy® nominee has successfully sustained her career as a compelling journalist, talk show host, lifestyle expert, and author of “It’s All Greek to Me,” a bestselling cookbook of authentic Greek family recipes. Her extensive credits include “The View” with Barbara Walters; the E! Network Family’s numerous red-carpet events with Ryan Secrest; CBS nightly entertainment magazine “The Insider,” and Hallmark Channel’s lifestyle program, “Home and Family.”

MARILU HENNER along with starring in over 50 films, seven Broadway shows (including Chicago and Gettin’ the Band Back Together!), two National Tours (Annie Get Your Gun and Grease), and two hit classic sitcoms, (Taxi and Evening Shade), Marilu Henner is a five-time Golden Globe Nominee and is also a New York Times Best Selling author of ten books on health, parenting, memory, and lifestyle improvement. As one of only 12 people documented with Highly Superior Autobiographical Memory, Marilu was the subject of a three-part special on 60 Minutes and on 60 Minutes Australia, as well as news programs and newspaper articles around the globe. Henner can be seen nationwide in her one-woman show, A Memorable Evening with Marilu Henner!

LIAM MAYCLEM, our esteemed auctioneer, is also an Emmy Award winning radio & TV personality and is best known as the host of Eye On The Bay on KPIX 5 and as “The Foodie Chap” celebrating our home grown culinary stars (daily on KCBS Radio). He was recently seen on the Travel Channel show – “World Access.” His weekly entertainment guide “Liam’s List” airs Fridays on KPIX.

At the heart of the not-for-profit Elios Charitable Foundation, the group’s mission is to preserve and foster the values of Hellenic culture. Through its grants and sponsored projects and programs, the Foundation strives to position Elios as a leader in the community and to make a positive impact in the lives of Greek Americans and Philhellenes. 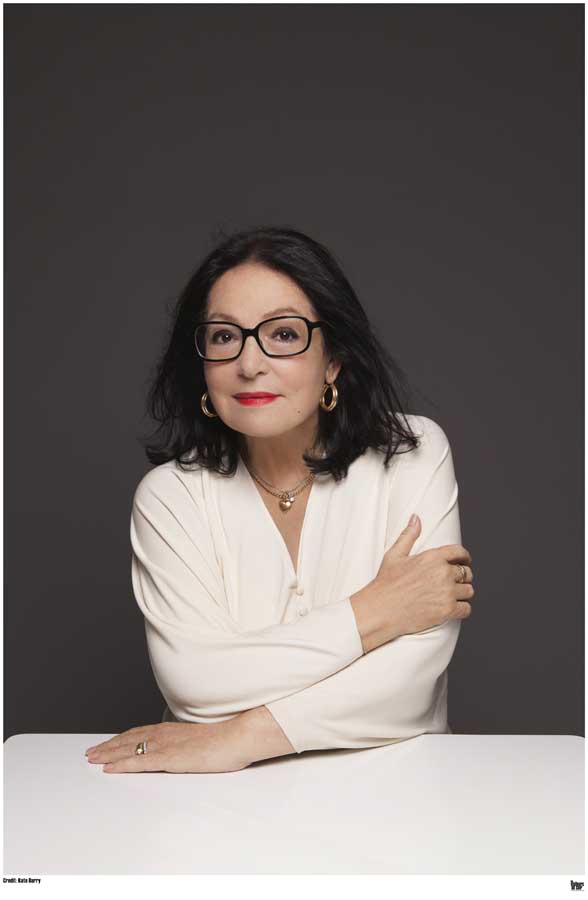 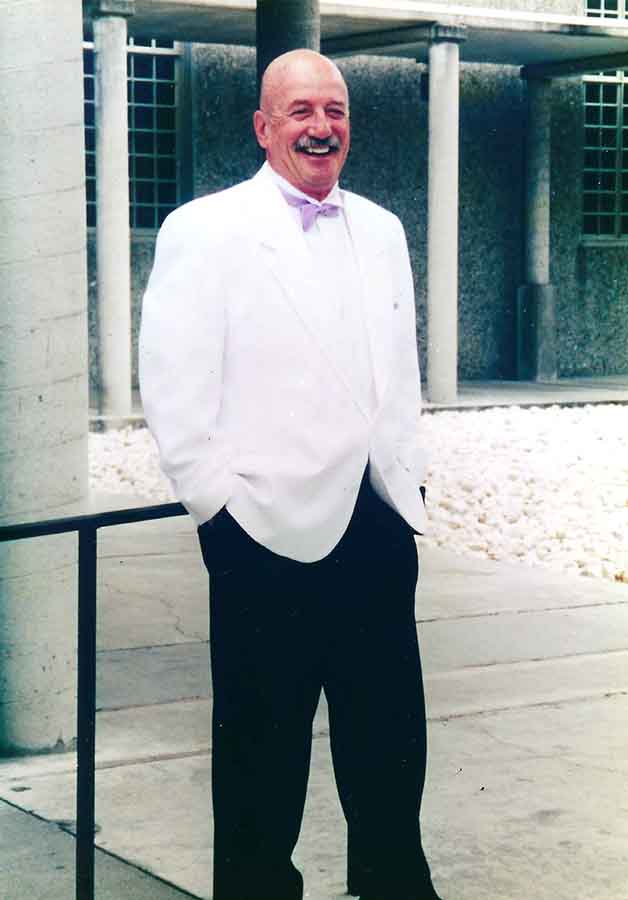 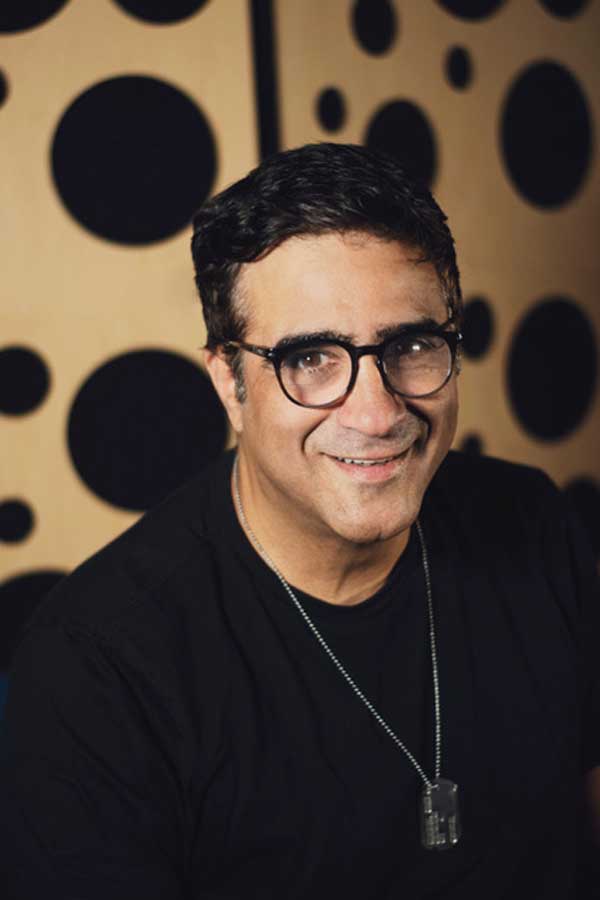 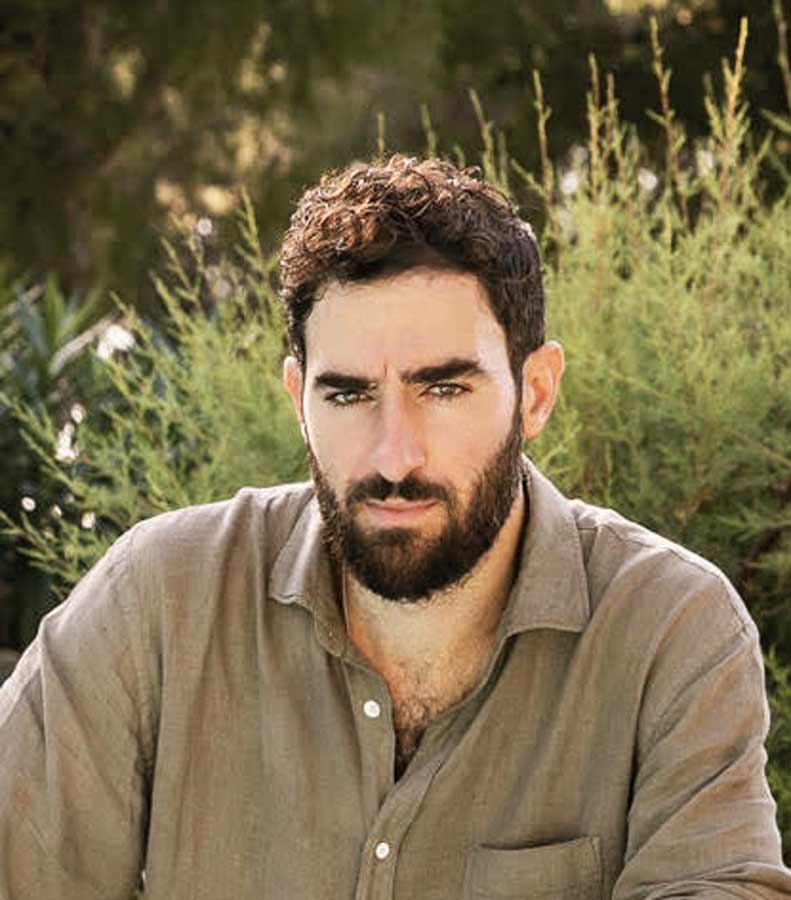 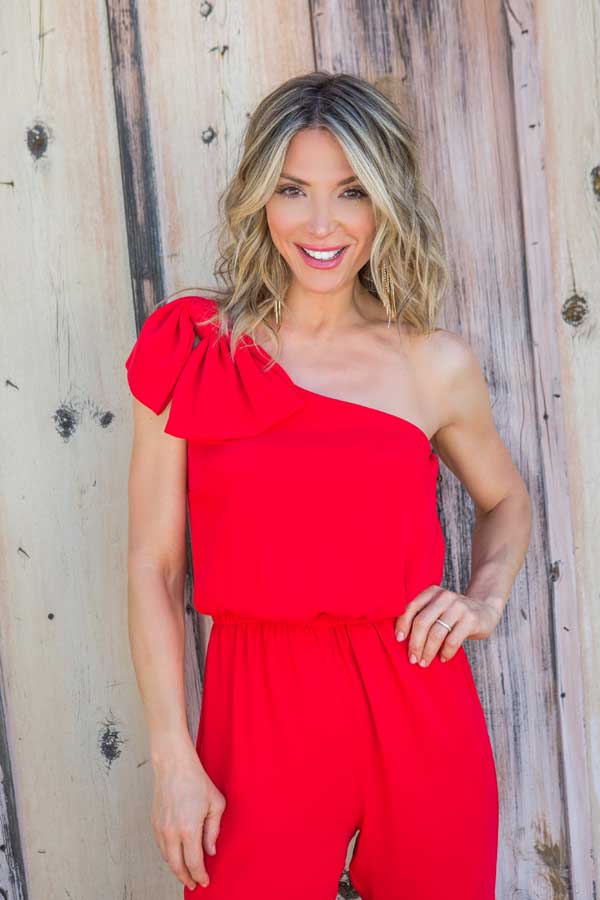 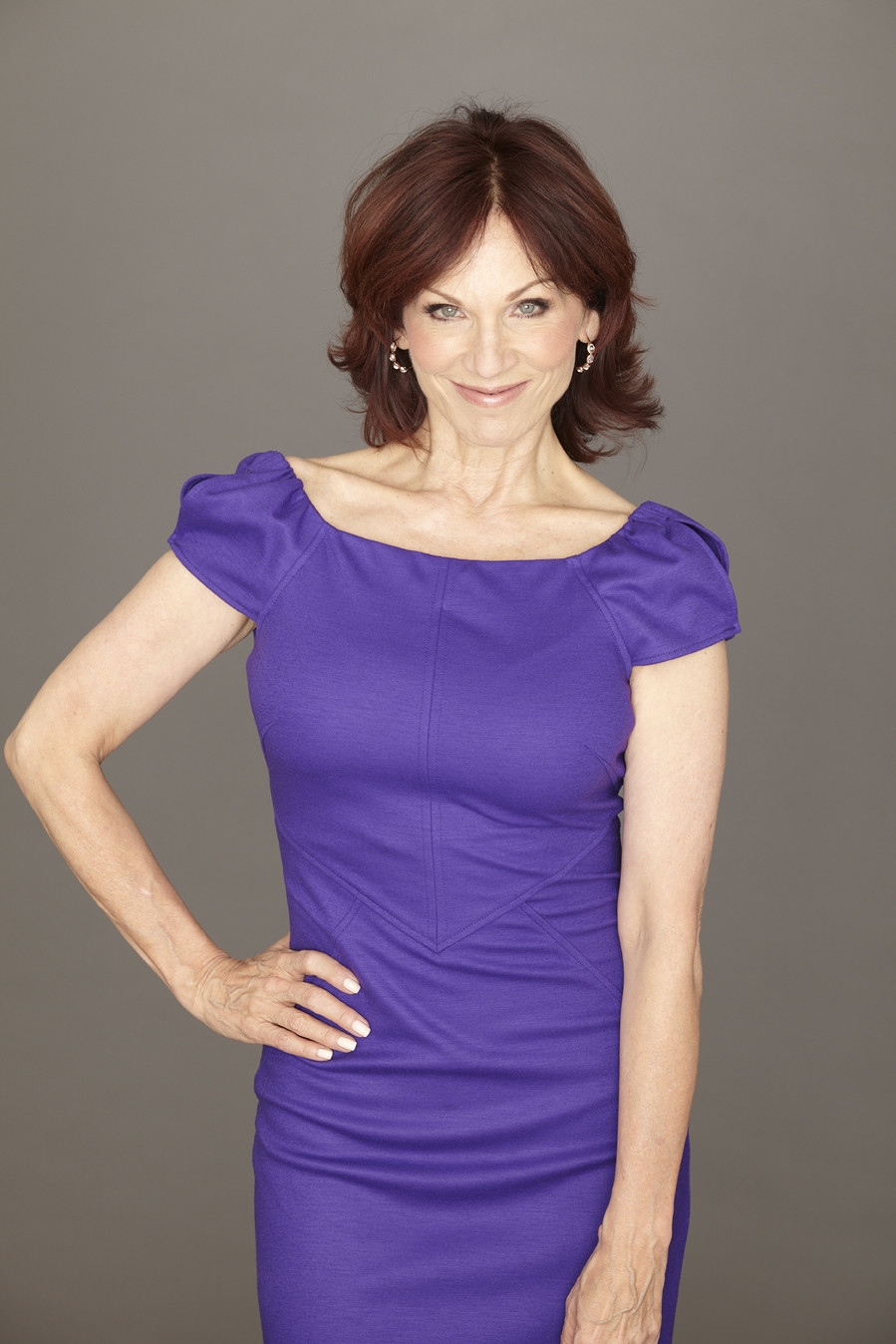 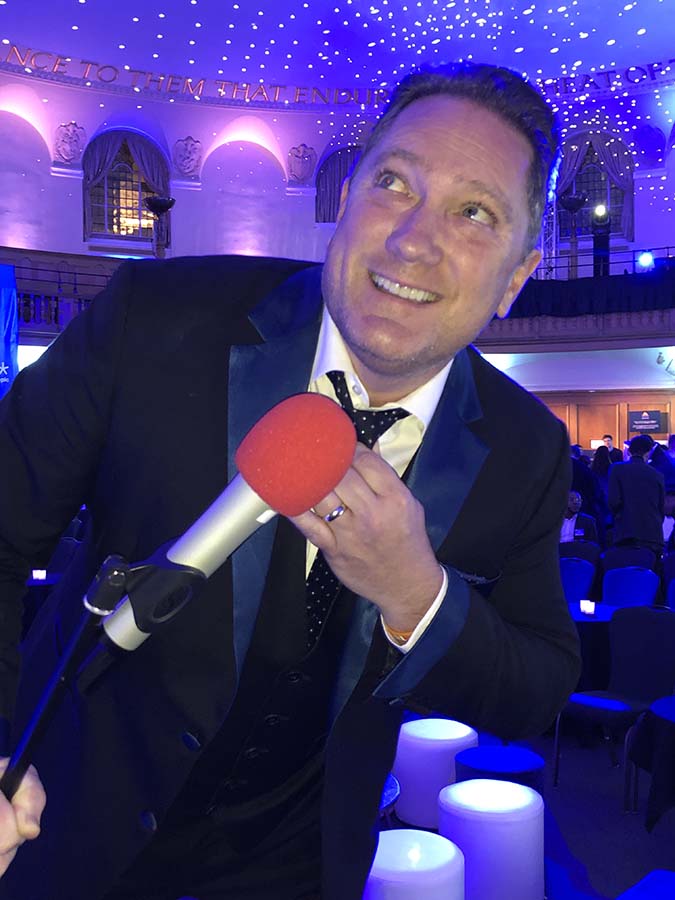